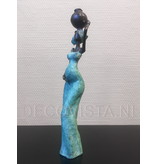 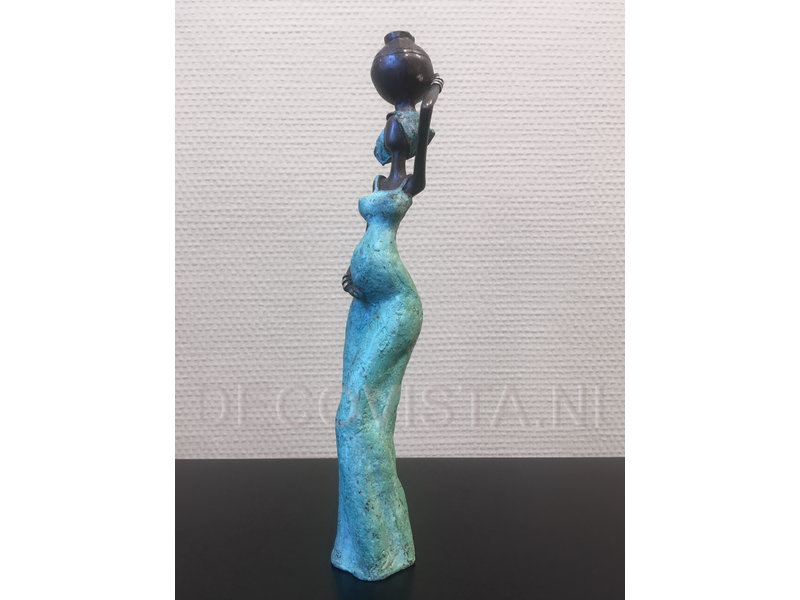 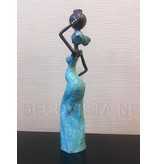 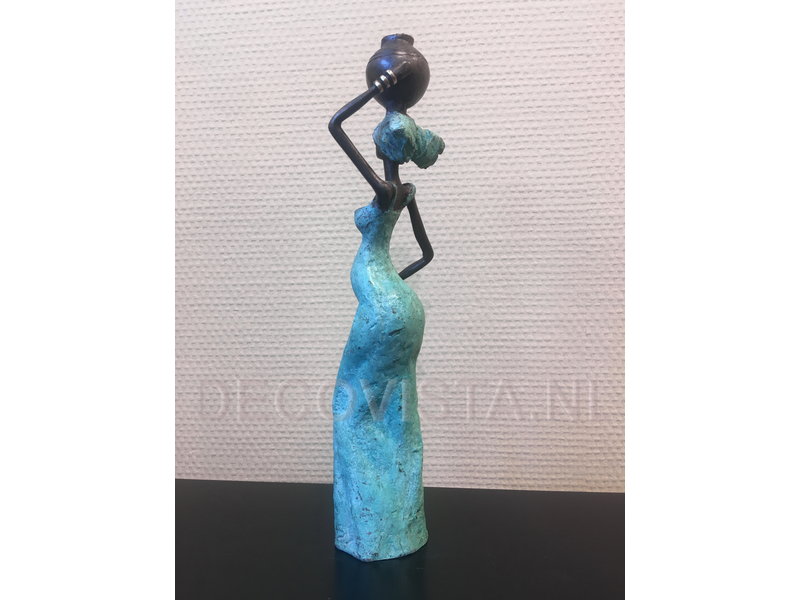 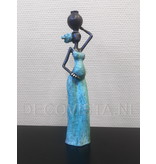 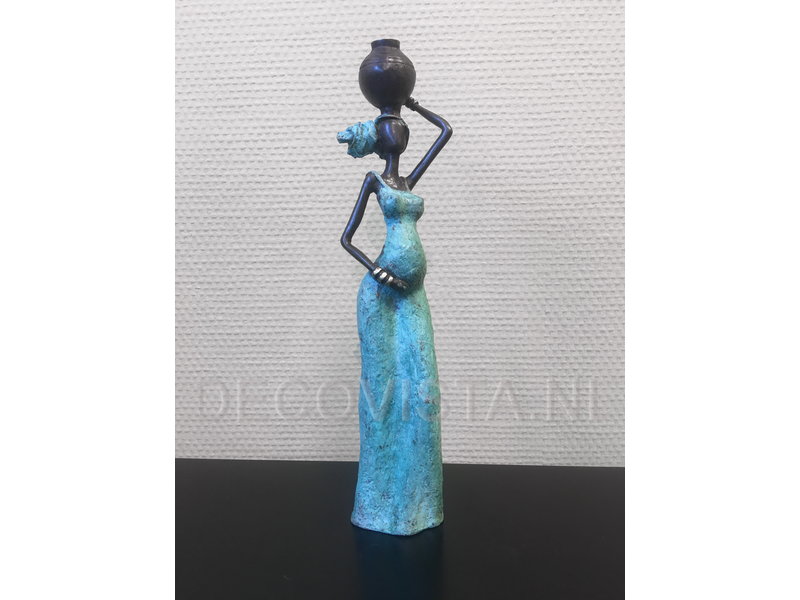 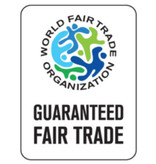 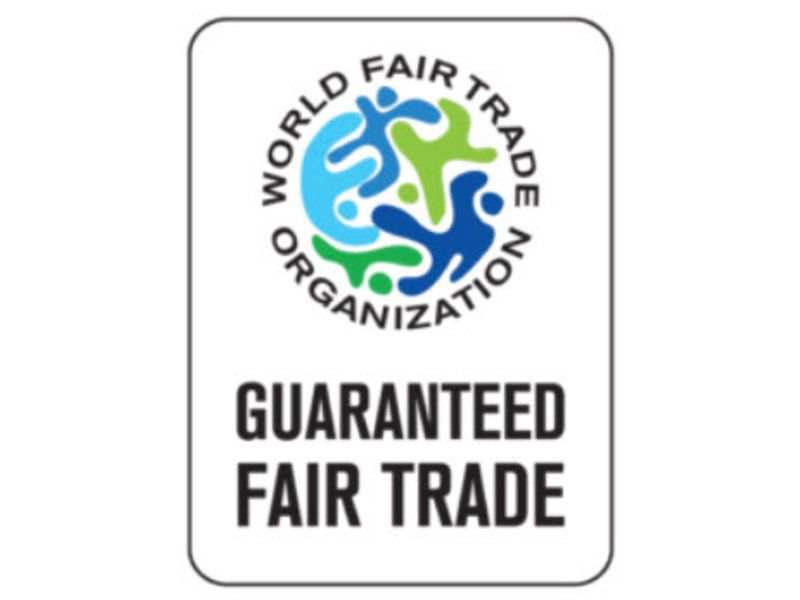 Bronze statue of an African woman with water jug, dressed in a long turquoise dress. This unique statue was handmade by a bronze caster in Burkina Faso. according to the "Lost Wax Method". Comes with a certificate Length: 25 cm. Fair Trade statue.

Bronze statue of an African woman carrying a water jug on her head. She is dressed in a long, turquoise dress that shows her feminine curves. The statue was made in Burkina Faso, where the bronze caster was able to create a unique statue under primitive conditions and with the minimum of tools. The sculpture was made according to the "Lost Wax" method which means that there is only one piece of it.

Bronze has been cast for centuries in Burkina Faso; it is an old, traditional and important craft.
The art of bronze casting is not taught in a school, but the craft is - usually within a family - passed on from teacher to student. It mainly concerns male bronze founders belonging to the Djermée tribe.

The sculptures are made using the so-called "lost wax" technique, in which the original sculpture is made of wax, which is covered with clay, the clay is then fired, causing the wax to melt and drip from the mold. the mold for the image, which is then filled with the source.The resulting image is partly matted with copper oxide, creating the beautiful color.

The makers of these sculptures are affiliated with Coöperatie Ouagadougou. A collective of different craftsmen brought together to offer a wide range for the local, national and international market. Crafts and craftsmanship, the answer in a society where there is little industrial development and where unemployment is high.
Burkina Faso, literally 'the land of the upright people', is partly located in the Sahara Strip. It is 7 times the size of the Netherlands and is home to 17 million people. The figurines purchased by us were purchased and traded under the FairTrade principle.
For each statue the artist has made at the end of a day, he receives a fair price, with which he can feed his family and let the children go to school. 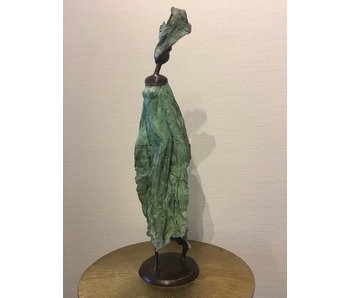 Bronze statue, 59 cm tall, of an African woman with headdress, The traditionally formed statue was skillfully made in Burkina Faso by Patrice Balma according to the Lost Wax method. A unique statue with certificate. Weight approx. 5500 grams.
€735,00
View 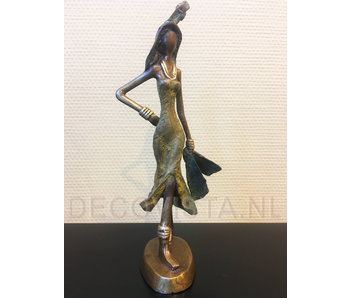 Bronze statue of an elegant African woman in mustard yellow dress and shawl, made in Burkina Faso. This unique statue is made according to the "Lost Wax Method". Comes with a certificate Length: 26 cm. Fair Trade statue.
€109,00